WHO estimates that each year: Over 3 to 5 lakh babies with severe forms of these diseases are born worldwide, the majority in low and middle-income countries.  5-7% of the world’s population are carriers of a trait gene for hemoglobin disorders mainly sickle-cell disease or thalassemia.  They need regular transfusions to survive.  Many die perinatally due to α thalassemia major.  Over 9 million carriers become pregnant.  10 lakh new carrier couples with over 1.7 million pregnancies.  Around 75% are at risk. In principle, all need expert risk assessment and genetic counselling.

BURDEN OF HEMOGLOBINOPATHIES IN INDIA

*It is a myth that only TRIBALS suffer from Haemoglobinopathies.

•50% of total AS and SS neonates are born in only 3 countries: Nigeria, India and DR Congo

•Estimate for number of neonates with SS born in India per year is 42,016 which is 88% of the total homozygous cases in Asia

•However the prevalence is varies significantly in different populations (0-35%)

Sickle Cell Anemia is a disease worse than that of cancer – Indian PM Mr.Modi in his 2014 speech in the parliament. 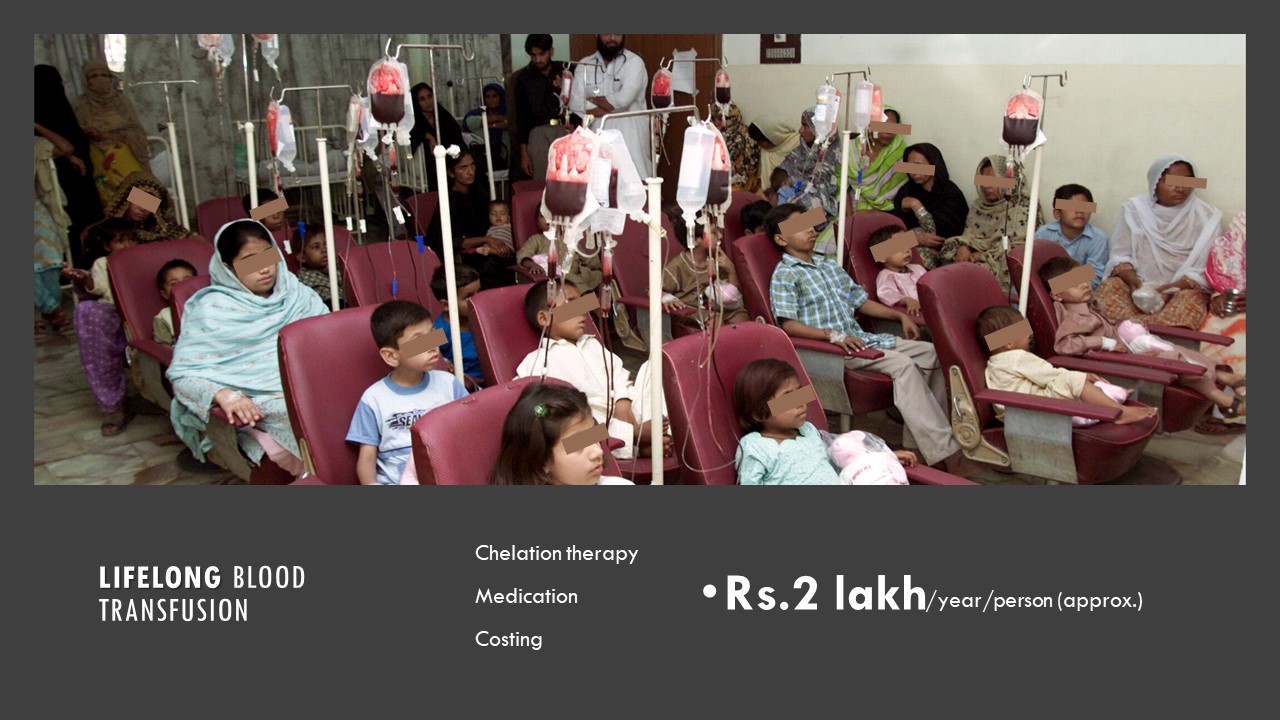 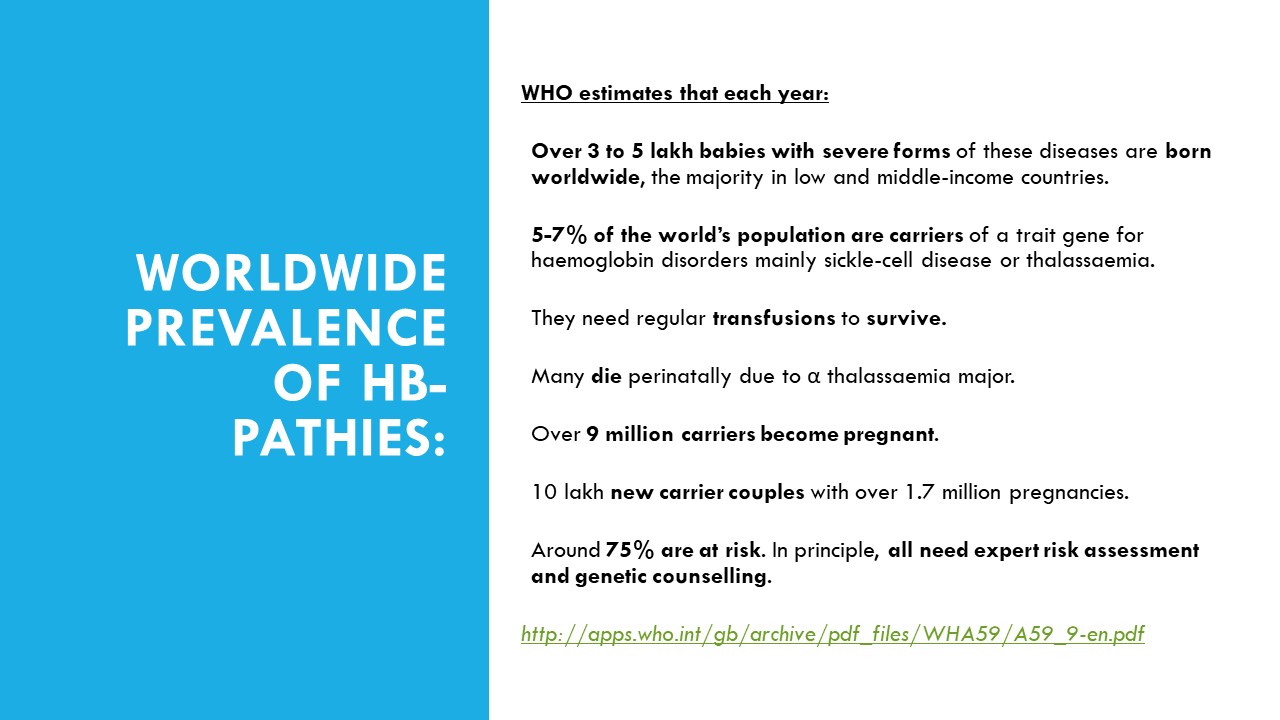 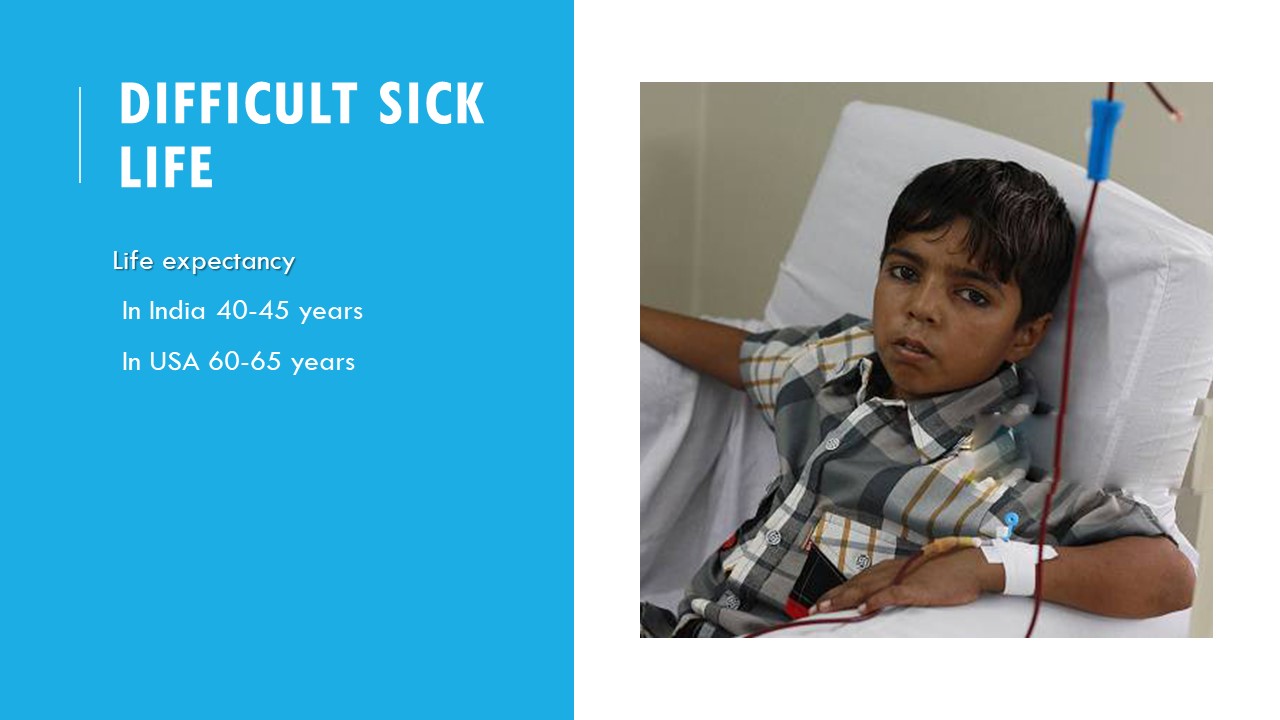 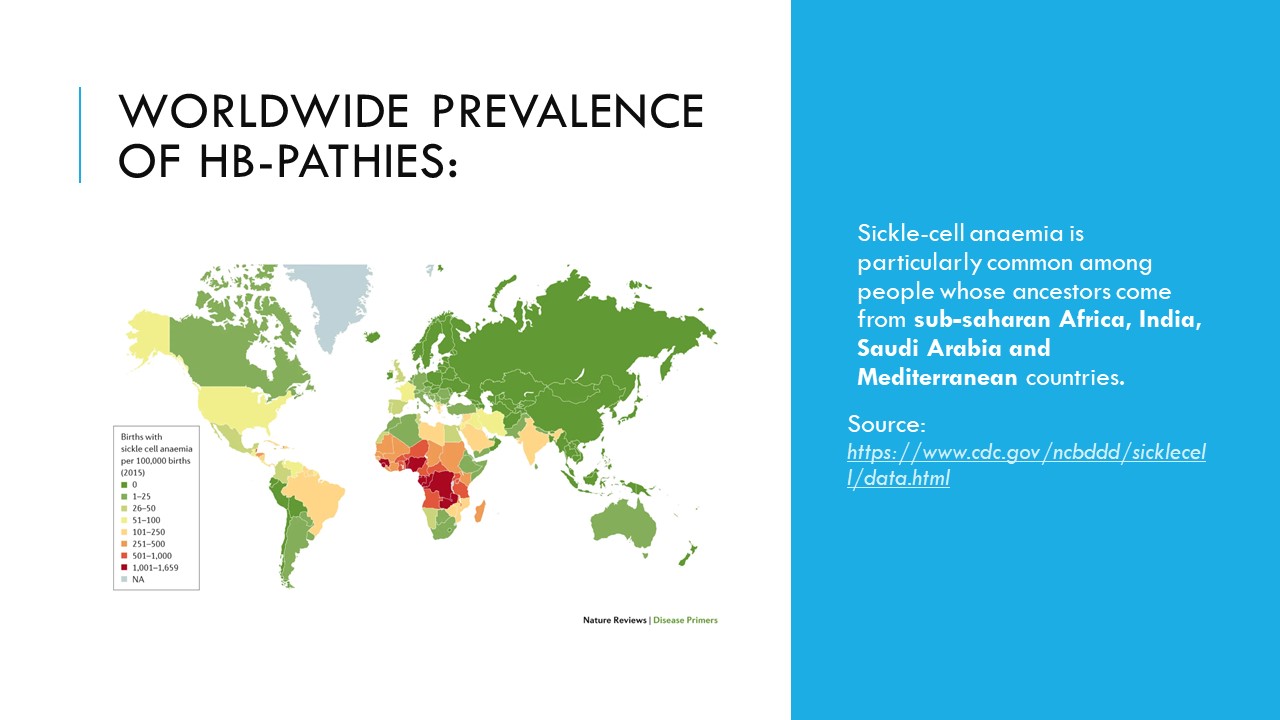 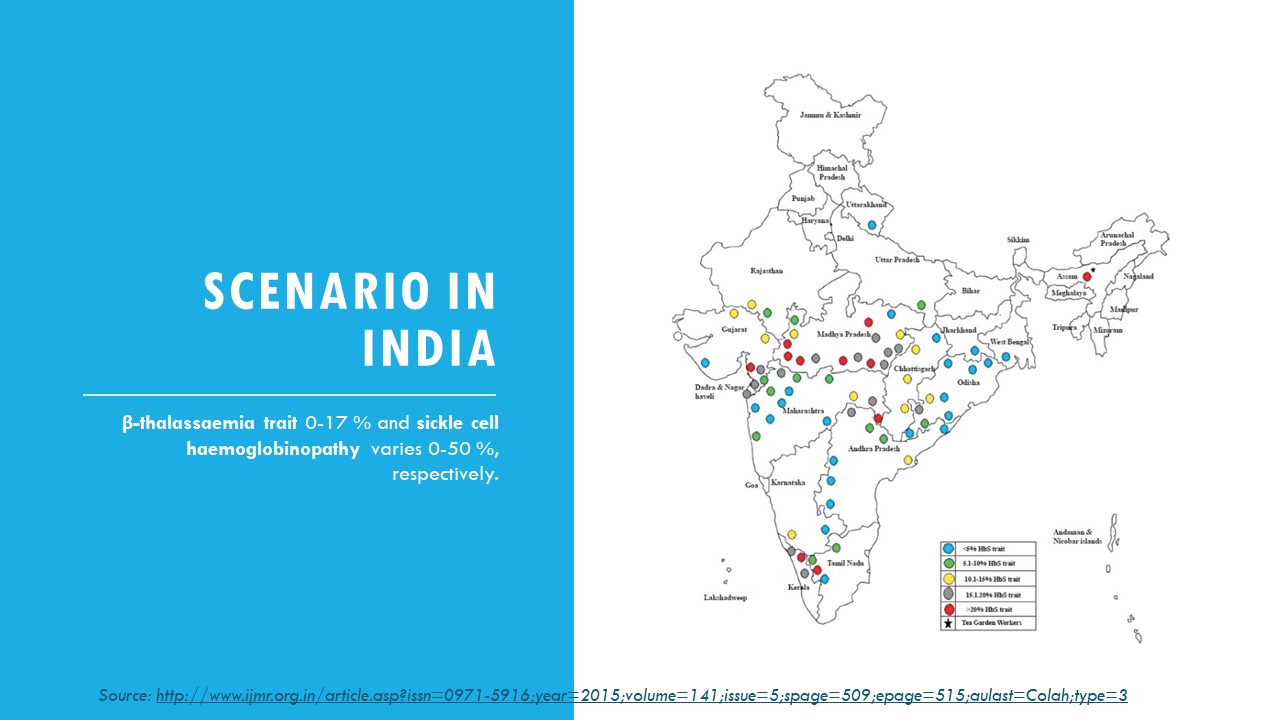 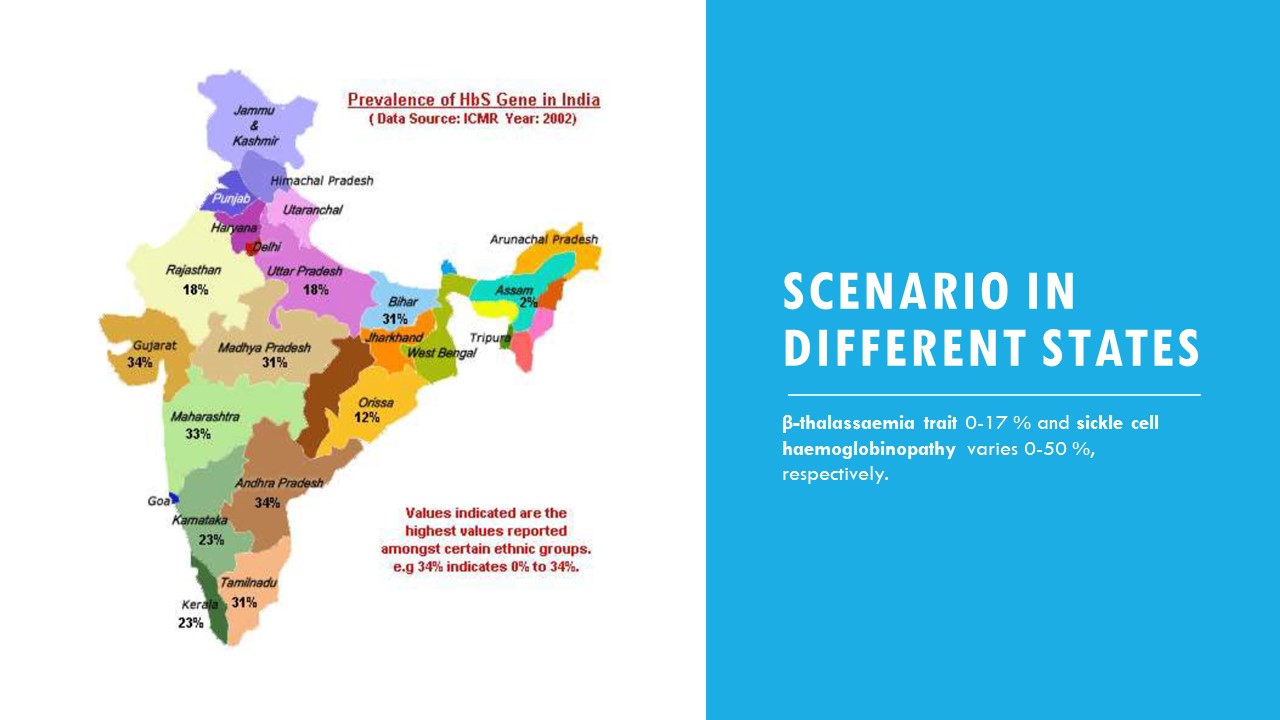 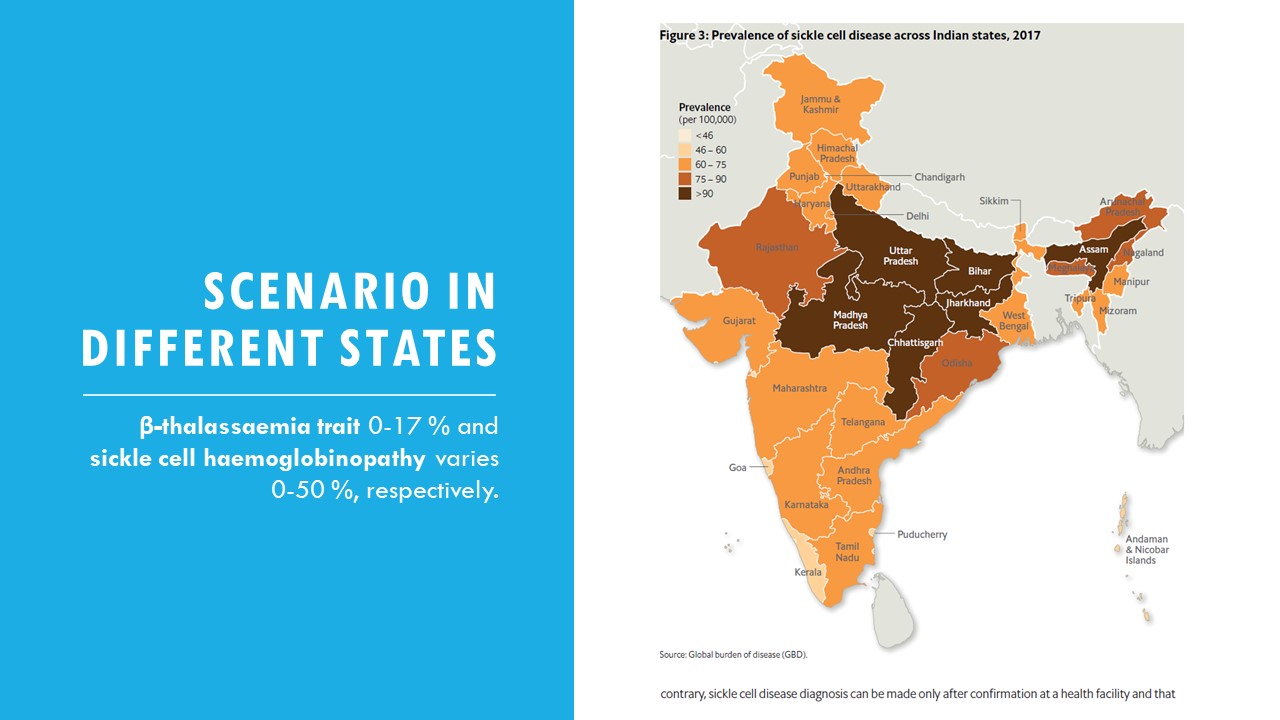 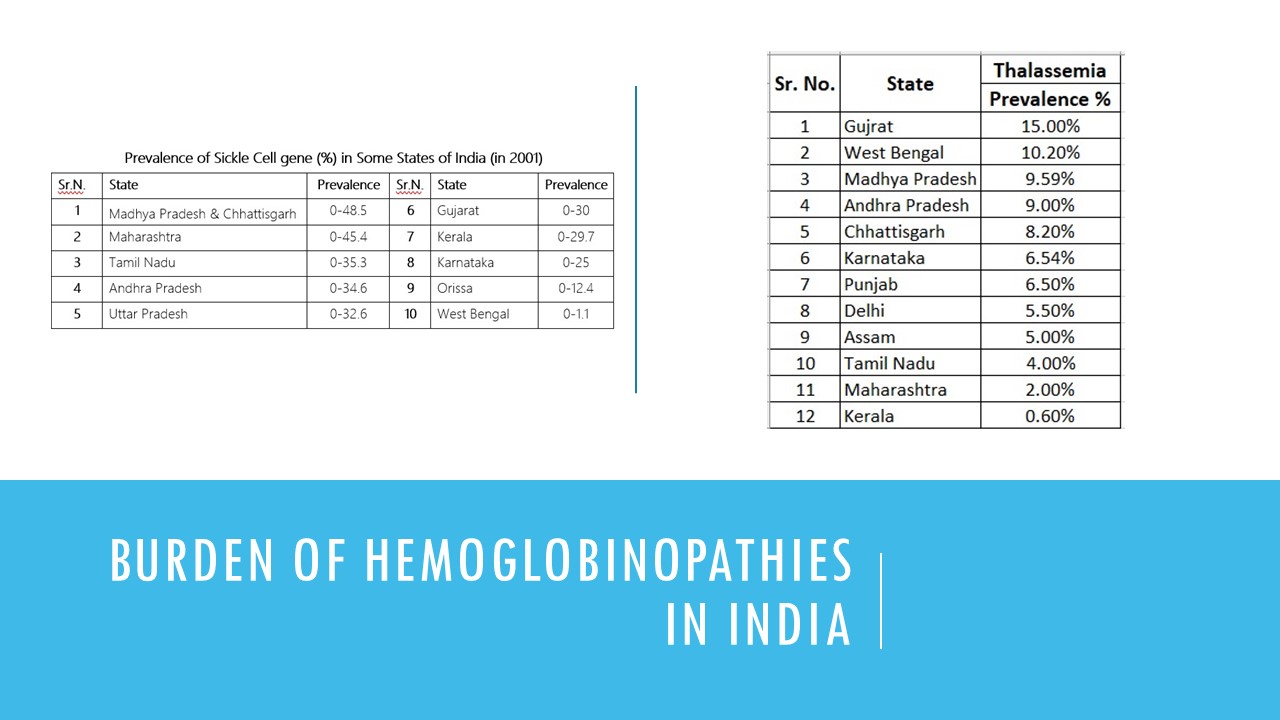 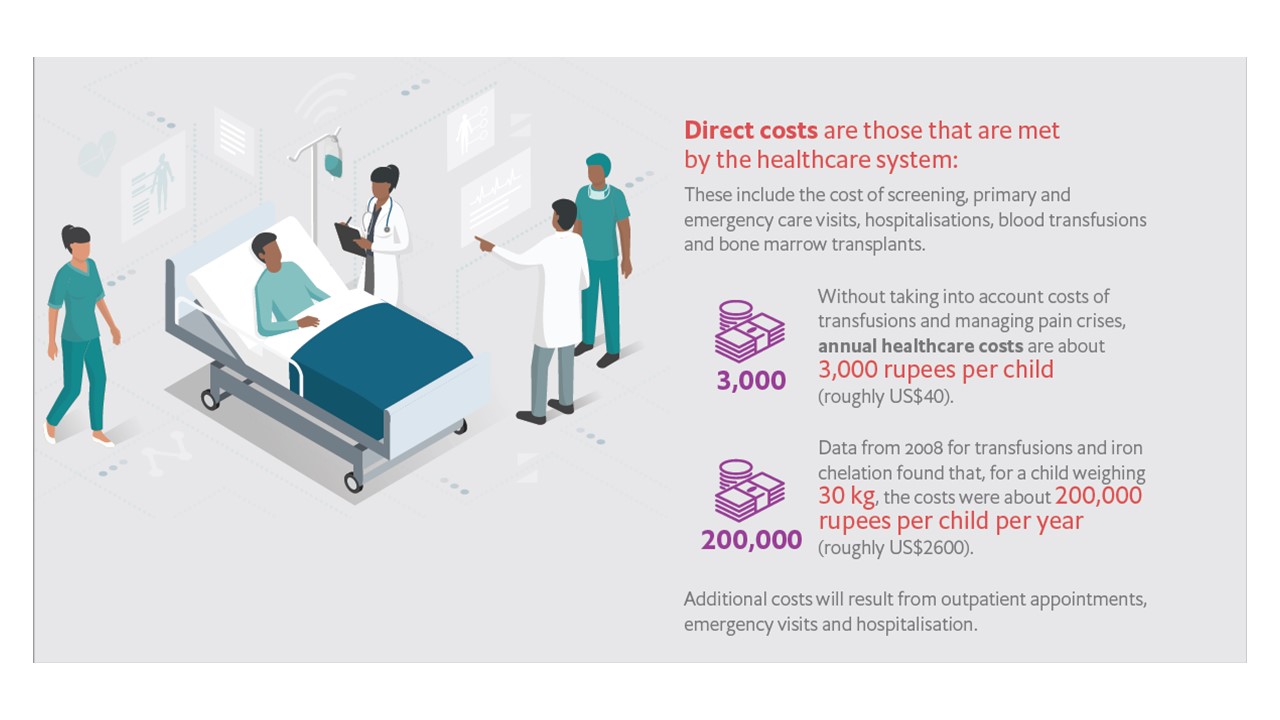 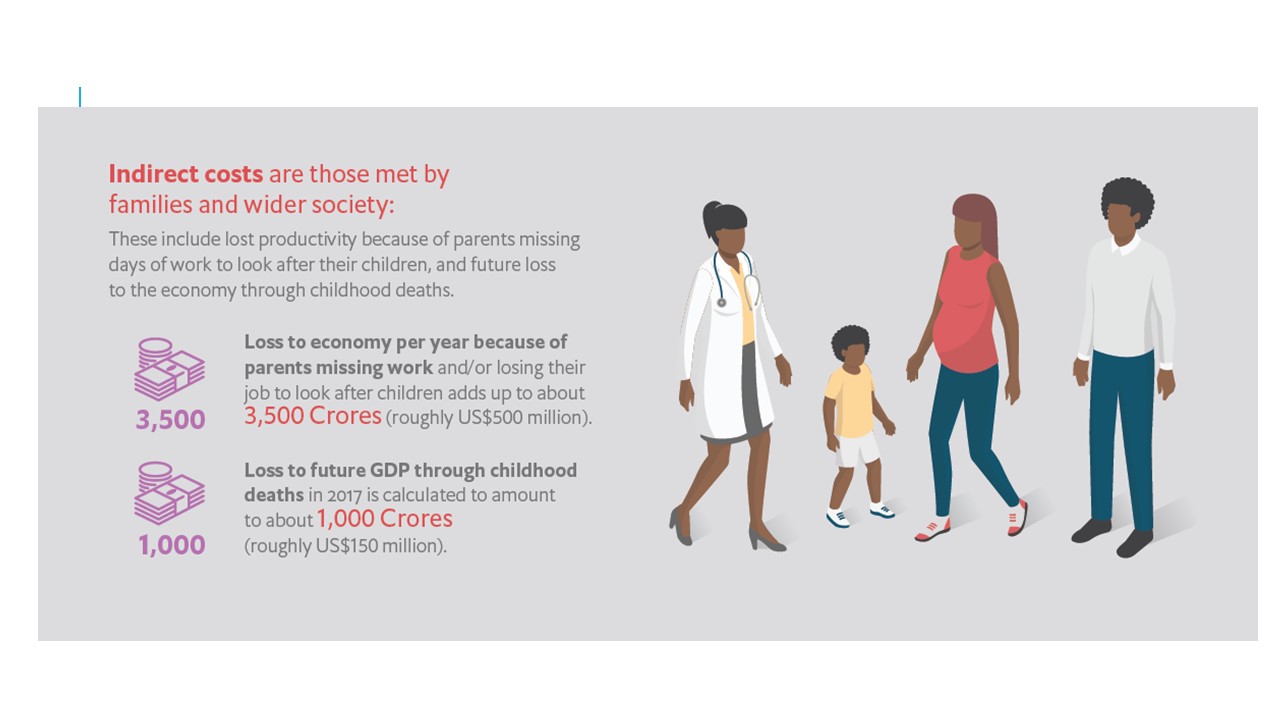 Who provides End to End solution?